Home » Afrobeat Singer, Davido gifts a fan a whooping sum of 2 million Naira and his multi-thousand Naira pair of sneakers during a recent performance (Video)

Afrobeat mogul, David Adeleke, popularly known as Davido has gifted a fan his multi-thousand Naira pair of sneakers and 2 Million Naira during a recent performance.

While performing at the Infinix VIP concert on Sunday, Davido called out the lady who was seemingly desperate to climb the stage. 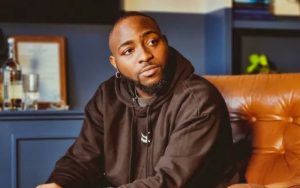 In the video which has surfaced the social media, the lady was captured singing and dancing alongside Davido who was performing his hit song, Stand Strong. 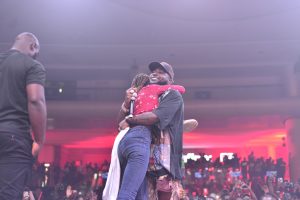 While she was about to exit the stage, The DMW CEO called her back, removed his sneakers, and gave them to the fortunate fan.

The excitedly toured the stage with the shoes as Davido told his aides to give her 2 Million Naira.

Moment Davido gave his fans a pair of his shoe and 2M naira ❤️ We rise by lifting others 💪🏿 pic.twitter.com/JG7cMtUfCk