A video where an alleged three 15-year-old boys were captured preceding a hotel with their respective girlfriends to book a lodge in a hotel has thrilled online.

In the video, the young boy was captured in the company of his two male friends, as the man behind the camera interrogated the boy he debunked it. 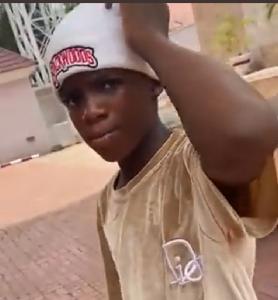 In the video, the camera tried to interrogate the girls also but they step away simultaneously as the man was moving toward them. 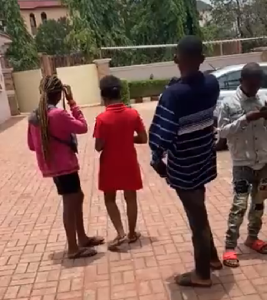 However, the man behind the camera reportedly stop them and sent the three teenage boys and their respective girlfriends away.

Watch the video below.

Reacting to this sacrilegious act, Tweeps have reacted furiously as some faulted the hotel that gives out rooms to underaged teenagers, others faulted some celebrities that have leaked sex tapes. 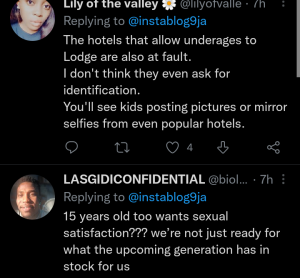 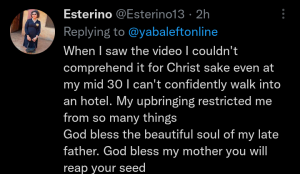 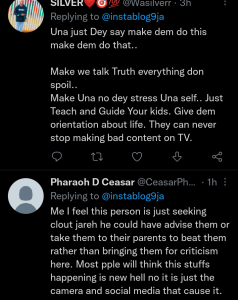