Home » BBNaija: Amaka has been evicted from the Level Up Edition show

Big Brother Naija season 7 housemate, Crystal Amaka Mbah, popularly known as Amaka BBNaija has been evicted from the Level Up Edition of the show.

As a result of tonight’s surprise eviction, Amaka becomes the 8th housemate to be evicted from the Big Brother Naija House. 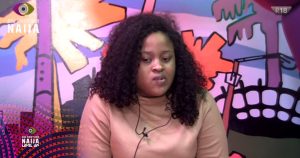 This is just after Biggie surprised the entire housemates by giving them the chance to nominate any housemate they would like to evict from the show.

Below is how the housemates nominated their colleagues. 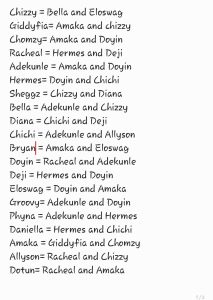 See the nomination frequency below…

The housemate with the highest nominations was Amaka and Doyin, Biggie chose to evict Amaka.

Watch the moment she was evicted below…

Very sad it had to end like this, @real_amaka_mbah. You can hold you head high regardless. Thank you for being there for Phyna. You'll be missed sorely in the house, especially by Phyna 🥲 #BBNaija pic.twitter.com/UUjil61eG5