Home » BBNaija: “I attacked Amaka in the house, but they didn’t show it” – Former BBNaijaS7 housemate, Kess reveals a shock

Former Big Brother Naija season 7 housemate, Kess has shocked viewers of the reality show as he confessed that there are scenes that are not shown to viewers.

During an exclusive interview with @DStvNg/@GOtvNg BBNaija Unlocked, Kess and Pharmsavi had an intense conversation with @mizvick. 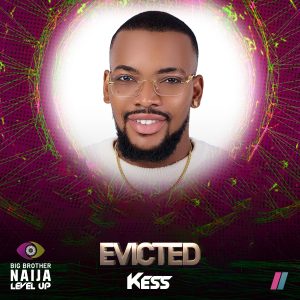 RELATED ARTICLE: BBNaija: Chi Chi apologizes to Diana over their altercation in the house (Video)

Kess unleashed that being married affected his game while Pharmsavi admitted that he was really into Amaka.

Kess also revealed that Amaka was his greatest rival in the Level Up Edition of the show.

“I thought I would get a strike because at a point I threw my cake at Amaka I wanted to hit her because it was so intense but they didn’t show it, so the day Beauty left, I was thinking it was my video would be played. If someone would have made me disqualified it would be Amaka because I hate the way she talks

So what triggered this particular outburst?
He said;
The day we won the Showmax task, Modella was the overall best actress or whatever, Amaka came and said Big Brother decided to give it to Modella, she was implying that we didn’t deserve it”

Watch him speak below…

Are you serious 🙄🙄#BBNaija pic.twitter.com/Oadm3ImfMT