Real Madrid has beaten PSG in a 3 1 victory against the Paris pride during the Wednesday Champions league round 16 matches at Estadio Santiago Bernabeu.

The match kicked off with enthusiasm as PSG fans bragged off overcoming Madrid following their first leg match in the middle of February where PSG defeated Madrid with just one goal.

As PSG was able to defeat Real Madrid in their last match, the aggregate score is now 3 2 victory for Madrid.

Starting with the first half, 23 years old France and PSG attacker, Kilian Mbappe boosted the PSG morale with an astonishing goal assisted by Neymar just at 39 minutes of the hustle. 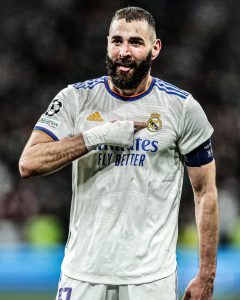 Coming back for the second half, the Real Madrid attacker protested to the intention of the Paris club with his equalizing goal of the match assisted by Vinicius Junior.

At 76 minutes of the Match, Luka Modric assisted Benzema as he score a brace making it 2 1 as PSG fears defeat.