TrendyHipHop had reported that the Footballer was ruled out of the 2022 WAFCON after she sustained an injury. 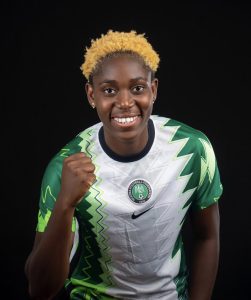 After the Cup of Nations final between Morocco and South Africa in Rabat on Saturday, the Confederation of African Football (CAF) announced that Osola won the best female footballer of the year. 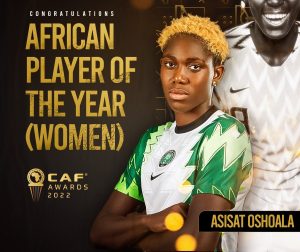 The award show was held in Rabat Morocco where Bayern Munich striker, Sadio Mane also won the CAF Men’s player of the year.

Asisat Oshoala has made history and broken a record as she became the first ever player (male & female) to win five African Footballer of the Year Awards.

See some of her photos below… 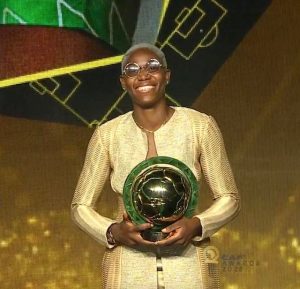 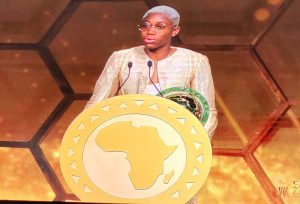 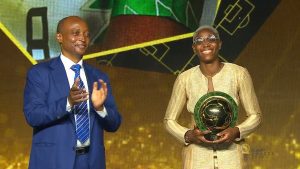 Watch the moment the football gem received the award below…