DMW honcho and singer, David Adeleke who is professionally known as Davido has been featured in an official soundtrack of the 2022 World Cup in Qatar. 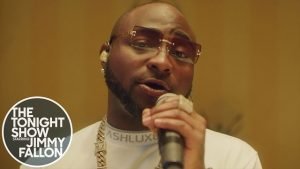 YOU MAY LIKE: “I was paid to criticize Davido for not getting married to my sis” – Nollywood Actor, Uche Maduagwu confesses. 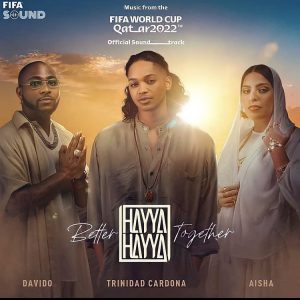 The ‘E choke!’ crooner announced this via his verified Twitter handle where he confessed how delighted he was to partake in the soundtrack.

“I’m honoured to be featured on the Official @FIFAWorldCup 2022 Soundtrack,”.

Although Nigeria didn’t qualify for the 2022 FIFA World Cup, Davido has made the country proud by featuring in the sound track titled ‘Hayya Hayya’ which is one of the first projects of activation for the 2022 World Cup.

The official  FIFA management announced that the single will be performed live for the first time today at the draw ceremony, , the official ceremony where teams are grouped.

The 2022 FIFA World Cup is scheduled to take place in Qatar from 21 November to 18 December 2022. It will be the first World Cup ever to be held in the Arab world, and it will be the second World Cup held entirely in Asia after the 2002 tournament was held in South Korea and Japan.

The tournament will be the last to involve 32 teams, with an increase to 48 teams scheduled for the 2026 tournament in the United States, Mexico, and Canada.

The reigning World Cup champions France will look to defend their title in Qatar.

The most decorated football competition in Qatar was moved to the summer due to intense heat in the country.