Home » “I don’t want to look young, I want to look like a father” – Actor, Mr. Ibu teases as his barber gave him a smart cut (Video)

In the video which stirred reactions online, the barber asked the thespian if he liked the young and handsome hairstyle he gave him. 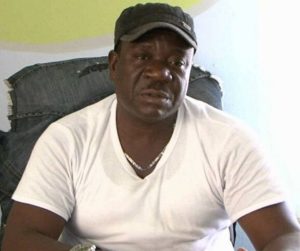 Replying, Ibu claimed that he only wants to look like a father rather than looking young.