Home » “I’m so happy!!!” – Nollywood actress, Funke Akindele excited over an achievement in her career amidst marriage crash

Popular Nollywood actress, and filmmaker Funke Akindele thrills in excitement as she received an invitation to the Academy of Motion Picture Arts and Sciences’ Class of 2022. 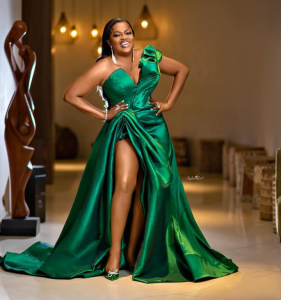 RELATED ARTICLE: “People can be so [email protected]” – Comedienne, Kiekie reacts after she was accused of allegedly mocking actress, Funke Akindele’s marriage crash

The thespian, who was nominated alongside well-known international talents like Caitriona Balfe, Jessie Buckley, and Reed Birney, shared the good news on her Instagram page.

The Academy of Motion Picture Arts and Sciences was founded in 1927 and are the world’s preeminent movie-related organization.

The Academy is known around the world for its annual Academy Awards, popularly known as “The Oscars.”