Home » Just In: Footballer, Paul Pogba calls out his brother and childhood friends over moves to extort €13m from him

Juventus and France midfielder, Paul Pogba, has accused his brother, Mathias Pogba of being part of an organized gang that has targeted him for extortion of €13million.

The 29-year-old footballer made this known on Sunday, August 28 via a statement signed by his lawyers, his mother, Yeo Moriba, and his agent, Rafaela Pimenta, according to the news agency AFP. 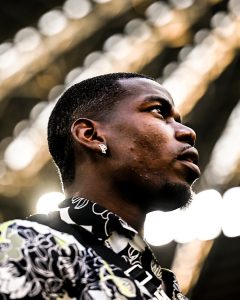 RELATED ARTICLE: “I feel privileged to have played for this club” – French Football icon, Paul Pogba writes as he departs Manchester United

This comes after Mathias, 32, posted a video online in four languages promising “great revelations” about the World Cup winner and Pimenta. 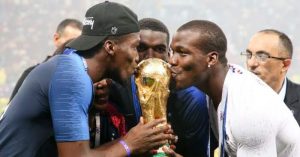 France Info reports that According to Paul Pogba, the gang that his brother Mathias would be a part of demanded the whooping sum of €13m from him.

The reports also reveal that Mathias has intimidated him several times since, including at the Juventus training center in Turin, where he told the police that he recognized his brother Mathias Pogba among the suspects.