American Reality TV star, Kim Kardashian has revealed that her husband and rapper, Kanye West threatened that her career is going into extinction.

The mother of four made the revelation during the first official trailer of a newly packaged Kardashian concert which aired on Monday, Daily Mail reported. 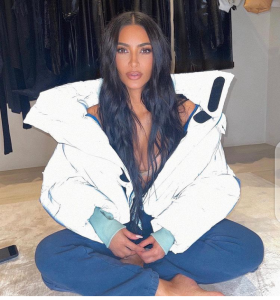 This is just after Kim Kardashian shared photos of her new alleged lover and comedian, Pete Davidson.

YOU MAY LIKE: PHOTOS: Kim Kardashian shares photos with her alleged lover, Pete Davidson

In the trailer, the mother-of-four was seen telling her sisters that West told her that her “career was over,” as she also revealed that it was “really hard” to deal with the rapper by saying…

“It is really hard with Kanye,”

Kanye and Kim have been involved in public squabbles recently over the parenting of their four children; North, Saint, Chicago, and Psalm.

In the trailer, Kim’s mother, Kris Jenner, also said that “no one saw” Kim and Pete coming.