While she’s seemingly giving a lot of ladies a run for their money, this viral Togolese TikTok star is biasing the hearts of a lot of Nigerian men in relationships. 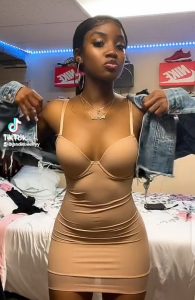 RELATED ARTICLE: “Who did this to me?” – Nigerian TikToker, Black Chully, cries out after her nvde videos surfaced the social media (18+ Videos)

The name “Kelly” has become a familiar one amongst Nigerian men and has made headlines on Twitter for over a week. 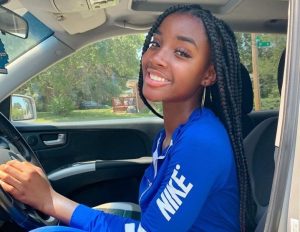 Quite a several men who were not even TikTok users suddenly became users of the app after seeing videos of the dark-skinned beauty on social media. 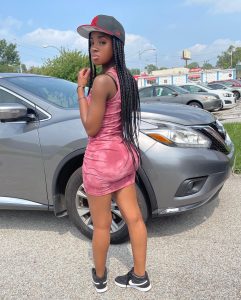 The beautiful dancer With username @bhadie.kellyy, the youngster is a Togolese Tiktoker who makes short videos of herself, most of which feature her twerking in skimpy and figure-hugging dresses. 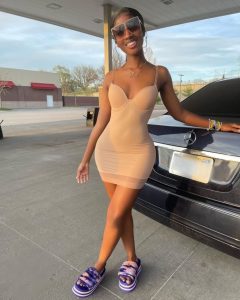 A quick check on her page shows she began making videos on TikTok in November of 2021 but ever since she became a viral sensation amongst Nigerians, her videos have been amassing an average of 1 million views per video.

Watch some of her videos below ( WARNING: Viewers’ discretion is advised)

This Kelly girl is tormenting our girls.🤣🤣🤣 pic.twitter.com/QQUKOnVRLa

This Kelly girl is tormenting our girls.🤣🤣🤣 pic.twitter.com/QQUKOnVRLa

Kelly When you look at me in the eyes and laugh together, it almost tears me apart from not telling you how much I love you. I wish it were possible to explain how I feel about you. Too bad that you may never get to know this Kelly #kelly #bhadiekellyy pic.twitter.com/CflnyVdE5s

I think there is something special about Kelly 😁😁 what do you see pic.twitter.com/nG1xcWldwg

This is literally the best Kelly video, she's officially my President 😩 pic.twitter.com/R3UCxoWwvU

Due to her becoming a viral sensation on the app, her followers skyrocketed from over 300k followers to over 900k and counting in only a couple of days.

Here’s one particular video of hers that seems to get Nigerian men excited.

Her videos have triggered reactions as it has allegedly caused break-up in some relationship and also dominated the minds of some men. 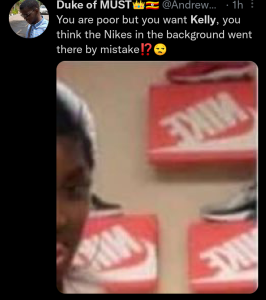