Catholic Clergyman, Ejike Camillus Anthony Ebenezer, popularly known as Father Mbaka has been dragged to filth after he opined that popular presidential aspirant, Peter Obi is a stingy man.

The founder of Adoration Ministries, Enugu, Nigeria (AMEN) declared this during the homily at his adoration ground with his multi congregation. 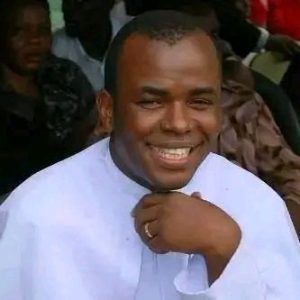 RELATED ARTICLE: “Peter Obi is the most qualified to save and fix our beloved Country!” – Nigerian singer, Peter Okoye declares

In the viral video, the gospel singer labeled Peter Obi “a stingy man” and declared that the politician can’t be the Nigerian president. 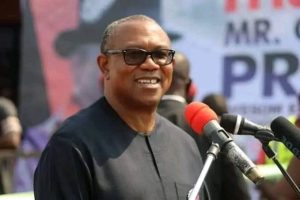 According to rumors, Mbaka made this revelation because the Presidential aspirant failed to donate to the ministry.

Watch him speak below…

Look at what Mbaka is spewing. Well it reinforces the fact that @PeterObi doesn’t compromise on finances. We no dey give shishi @AfamDeluxo @OgbajiIfeanyi pic.twitter.com/nqc9MXkqY5

This triggered reactions from social media users as they criticized the man of God for speaking negatively about the Man of God, while some others also defended his revelation. 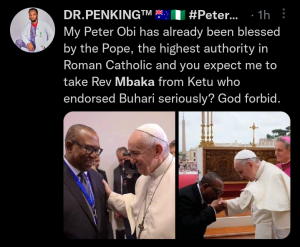 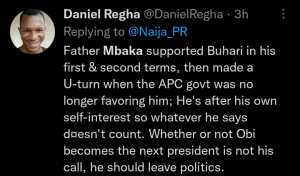 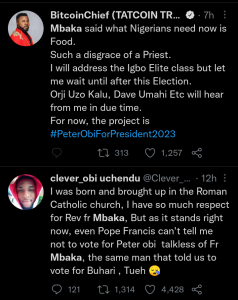 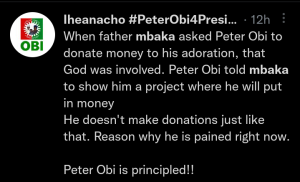 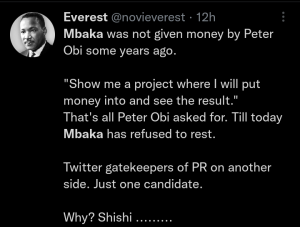 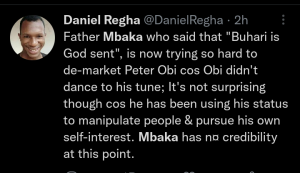 In a throwback video that has surfaced the social media, Mbaka was captured with Peter Obi at his alter where he was inquiring the Labour party flag bearer to reveal what to give God.

Answering the man of God, Peter Obi asked Mbaka to show him the Church’s project and promised to support massively to the project.