Home » “Don’t do drugs” – Marlian music singer, Mohbad reacts after his release by the NDLEA

Recall we reported that Mohbad and a fellow Marlian Music signee, Zinoleesky were arrested last week Wednesday after a midnight raid by the NDLEA on their residence in Lagos. 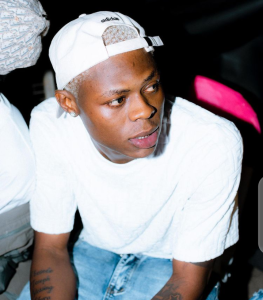 Their record label boss, Naira Marley, had alleged via his verified Twitter handle that the NDLEA physically assaulted Mohbad before his release from their custody by saying…

“NDLEA has released Mohbad after physically assaulting him, Zinoleesky is still in custody. The boys are under a lot of stress after being ambushed in the middle of the night with no warrant,”

Since his release, the singer had not been active on his social media pages, which caused his fans to worry.

On Wednesday, however, Naira Marley posted a video of himself, hanging out with Zinoleesky, Mohbad, and other people.

Mohbad, on Thursday morning, then took to his Instagram story to advise his fans against dealing drugs by saying…

This comes three days after Zinoleesky spoke for the first time after the incident.

In a video he shared on his Instagram page on Monday, Zinoleesky appreciated his fans and family for coming through for him during the period.

He also promised that he and his team would fully cooperate with the NDLEA during their investigation.