Fast-rising singer, Chukwuka Ekweani, professionally known as Ckay, has gloated that his forthcoming album will make a remarkable history.

The Love Nwantiti crooner, whose album is set to be released later this year, noted that his album will make history. 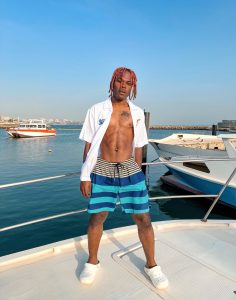 The Chocolate City former singer gloated this hours after the 15th Headies Award nominees were announced as he was unfortunate to secure zero Award.

On his Twitter page on Wednesday, the singer wrote:

“MY ALBUM WILL MAKE HISTORY.”

MY ALBUM WILL MAKE HISTORY.