Afrobeats singer and songwriter, Akinbiyi Abiola Ahmed, popularly known as Bella Shmurda has reminisced on how he kept his neighbor weeping while has was yet to be prominent.

During a recent interview with EchoeRoom, the cash app hitmaker confessed how he sold a neighbor’s bicycle and used the money to book a studio section. 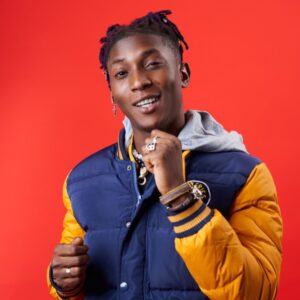 According to Ahmed, the boy who used to park his bicycle around their fence was not aware that Bella had been eyeing the chopper.

Bella revealed that he had to steal the bicycle, hid it, and later sold it at yaba then used the money to book a studio section.

What Bella Shmurda once did to his neighbour. pic.twitter.com/qBJayl9oEO