Afrobeats singer and songwriter, Daniel Benson, professionally known as BNXN has been called out by her alleged Swedish girlfriend for allegedly impregnating her and running away.

The lady, identified as Filma Jonas, claims she and the singer were in a relationship but he recently dumped her after impregnating her. 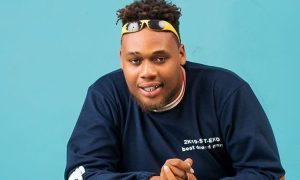 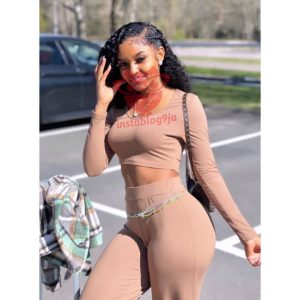 Rumors also claimed that the lady shared a clip that captured the singer unclad but was deleted by her.

“I am pregnant for Bnxn and he is trying to silence me and run away from his responsibility because I live in Sweden.

We met when he came to Sweden and I didn’t want unprotected s#x but he told me he doesn’t have a child and he wants one but not with a Nigerian girl and he made us have s#x but when I got pregnant and called him, he blocked me and had his friends and manager talk to me instead.

They tried to advise me to have an [email protected] He knows this goes against my culture.

Instead, his manager told me that I should look at this as a nice experience for me that I even got to sleep with him, it’s very m#ssy.”

WARNING: The following content is strictly not for viewers under the age of 18.

Nigerian artist, @BNXN, formerly known as Buju, has a leaked bedroom tape. He joins the leagues of Nigerian entertainers whose bedroom video has been made public . As seen in a video now trending on social media, a Swedish lady alleged to be the singer’s girlfriend pic.twitter.com/Y4W2MtH2Tr