Home » Top 5 most paid footballers in the world, No 1 Will will shock you

Football is among the most luxurious profession in the world, the most popular and successful clubs in the world have a wealth of resources, much of which is used to pay the wages of their players.

Some of the prominent names in football are also among the highest earners in the game.

Every time a top player signs for a new club or puts pen to paper on a new deal, it is safe to assume these days that they are landing a bumper deal worth millions annually. 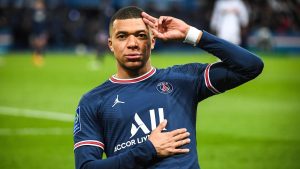 Most people are fed up with the false mindset that Ronaldo or Messi is the most paid soccer player – That’s a fallacy.

In this article, TrendyHipHop discussed in detail the updated five of the highest-paid footballers in the world. 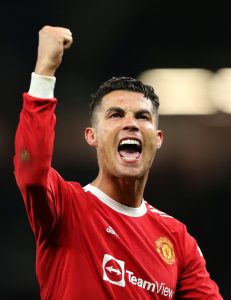 Cristiano Ronaldo returned to his former club Manchester United last summer. He joined Juventus on a deal worth £13.5 million. Ronaldo signed a two-year contract with the Red Devils which sees him earn a whopping £385,000 per week in wages.

Things have not gone according to plan for Manchester United since the legendary Portuguese forward’s return last summer. They finished a lowly sixth in the Premier League table last term and failed to qualify for the Champions League.

But Ronaldo was their top scorer across all competitions, netting 24 times and providing three assists in 38 appearances. The 37-year-old was also named the ‘Sir Matt Busby Player of the Year’ for his exploits last term. 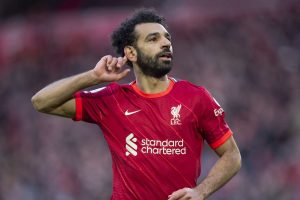 Mohamed Salah’s future was the subject of much speculation up until he put pen to paper on a new three-year contract with Liverpool earlier this summer. Liverpool had to break their wage structure to keep hold of Salah, who has already become a Premier League legend after just five seasons with the club.

He was named the PFA Players’ Player of the Year for the 2021-22 season. The Egypt international was in sensational form last term, scoring 31 goals and providing 16 assists in 51 appearances across all competitions for Liverpool.

His contributions were crucial to Liverpool winning the FA Cup and the Carabao Cup. Salah also played a pivotal role in the Merseysiders’ run to the final of the Champions League, which they eventually lost to Real Madrid. 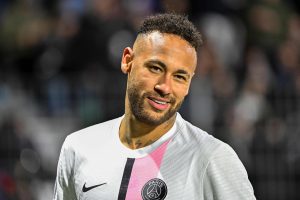 Paris Saint-Germain made Neymar Jr. the most expensive player in the world when they shelled out £199.8 million to sign him from Barcelona in 2017. Neymar earned a fortune in wages but he still got a raise when he signed a new contract in May 2021 which ties him to the club until 2025.

As per the terms of the new contract, the Brazilian forward takes home £606,000 per week as wages. Neymar has been phenomenal for PSG since joining the club in 2017. Although his niggling injury issues have become a source of frustration in recent times, he has done an incredible job for them whenever he’s been available.

In 144 appearances across all competitions for PSG so far, Neymar has scored 100 goals and provided 60 assists. 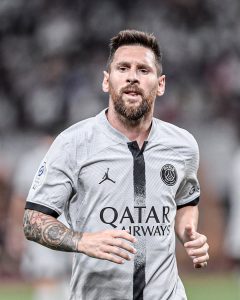 Having an ensemble cast of superstars doesn’t come for cheap and PSG is a very good example of it. Lionel Messi left his boyhood club Barcelona in the summer of 2021 and signed for PSG as a free agent. Being arguably the best player in the world at the time, Messi was spoilt for choices when it came to picking his new club.

That’s where PSG stepped in with a bumper contract and offered him close to a million in weekly wages. The offer was too good to be refused and Messi signed a two-year deal with the French giants.

He did not hit the ground running at PSG and was nowhere near his goalscoring best in his debut season in France. However, Messi still managed to score 11 goals and provide 15 assists in 34 appearances across all competitions for the Ligue 1 champions in the 2021-22 season. 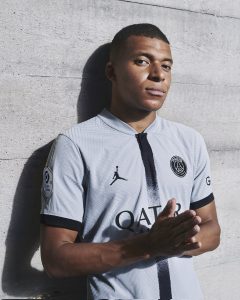 Kylian Mbappe looked almost certain to leave Paris Saint-Germain this summer. He had entered the final few months of his contract with the club and was heavily linked with Real Madrid. However, Mbappe pulled a u-turn and signed a new three-year bumper deal with PSG, much to the dismay of Los Blancos.

The Frenchman is arguably the best forward in the game right now and he put up incredible numbers in the 2021-22 season. He led the goalscoring and assists charts in Ligue 1 last term. In 46 appearances across all competitions for PSG this past season, Mbappe scored 39 goals and provided 26 assists.

He earns a whopping £1 million per week in wages as per the terms of his new contract.