American Rapper, DeAndre Cortez Way, popularly known as Soulja Boy has finally reacted to the “wack”  comment made about him 12 years ago by Grammy Award-winner, Wizkid.

On the 12th of May 2010, Ayodeji Ibrahim Balogun, professionally known as Wizkid took to his Twitter account to lambast the rapper saying; “I swear Soulja Boy is wack! Jeeeezzzzz”. 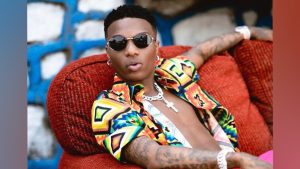 However, On Sunday 10th July 2022 which marked 12 years of the post, the rapper dug out the aforementioned tweet and blasted the Starboy honcho for labeling him wack.

“Ya mama Wack. Shut ya bitch ass up”

See the reply below… 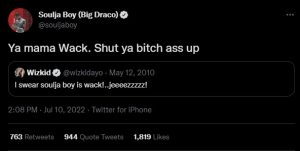 These stired aggressive reactions from Wizkid fans known popularly as Wizkid FC as they jabbed the American rap star for dissing their fave. 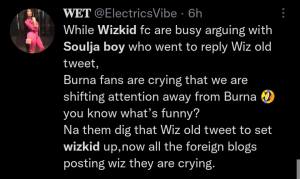 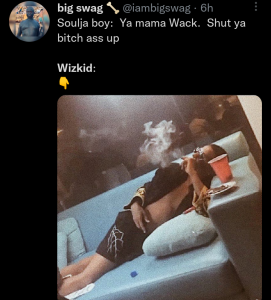