Wizkid, a Nigerian artist, has been in Ghana since his return from the United Kingdom. Interestingly, the music sensation, who seems to be working on new projects, has seen a number of Nigerian peers pay him a visit.

Legit.ng has assembled a list of musicians who have been seen with Wizkid in Ghana.

When singer Wizkid revealed that he will be returning to Nigeria to spend the holiday season in December 2020, many thought he would remain in Lagos.

However, as he continues to spend time in Ghana with his son, Zion, and other members of his crew, the singer has shocked a lot of people.

Wizkid has traveled to Lagos on occasion for events or other business, but the singer has always made it a point to return to Ghana.

Surprisingly, the Grammy winner has been the go-to person for other musicians visiting the neighboring region.

At his mansion, he has hosted several big names and other current raves. Wizkid has been seen with a number of Nigerian singers in Ghana, according to Legit.ng.

Since they were spotted together, the Jailer crooner and Wizkid got fans buzzing on social media. However, it is also unclear if the two will collaborate. 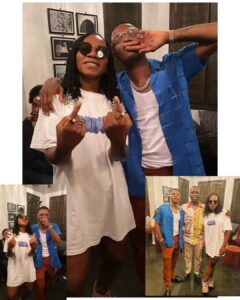 The pop stars were spotted recording music in videos that appeared on social media, indicating that this is not a casual visit. Keep your fingers crossed for the magic they’ve created!

The Grammy winners can’t seem to keep away from each other, also in Ghana, after being seen together in London on many occasions. 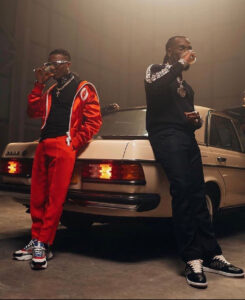 During a music video session, the singers, who have a song together on the Made in Lagos (MIL) project, were spotted chilling together.

1/21: Wande Coal and Wizkid hanging out in Ghana. pic.twitter.com/2AZkGyHUEB

During a music video session, the singers, who have a song together on the Made in Lagos (MIL) project, were spotted chilling together.

Meanwhile, Legit.ng previously announced that a Twitter user shared a lovely Wizkid pen drawing. The user, @Larrtng, stated that he wanted the Ojuelegba singer to see it, and he requested that people spread it widely through their timelines.

The artist responded with a video of the process when asked how he made the work.