Home » BBNaija: “My body is a temple, it was just aggressive kissing” – Ex housemate, Khalid speaks on his intimate affairs with Daniella

Recently evicted Big Brother Naija season 7 housemate, Khalid, has finally cleared the air on his relationship with his love interest in the house, Daniella.

TrendyHipHop had reported that the Plateau State-born and his fellow housemate, Daniella, caused a stir online after videos of them getting sexually cozy under the duvet surfaced online. 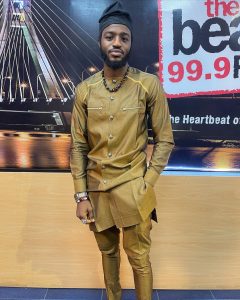 However, in a fresh interview with Media personality, Mz Vick on BBUnlocked, Khalid revealed he never had s#x in the house.

“My body is a temple, it was just aggressive kissing. We didn’t forget the cameras but I didn’t neglect my feelings.”

He also confirmed that his relationship with Daniella is serious. According to him, although he didn’t plan on having a relationship in the show, it happened fast.

“It was quick, I knew I said I didn’t want a relationship but it hit me like a bus. It is serious,”

Listen to the interview below…

Listen to Khalid talk about what happened under the duvet and who Daniella is to him.#KhalidMediaTour#BBNaija #khaniella pic.twitter.com/G2cvKwQCoX