The General Overseer and founder of Holy ghost intervention and deliverance ministry Inc, Chukwuemeka Ohanaemere, better known as Prophet Odumeje has engaged in a messy wrestle with Security agents and tax force operatives.

The Popular Nigerian Clergyman was assaulted, maltreated, and beaten up by some security agents and tax force operatives as he tries to resist Anambra State Government from demolishing his church. 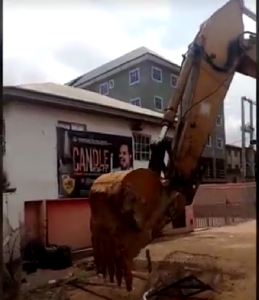 According to reports, the demolition resulted as road, house and drainage maintenance by Anambra State Governor, Chukwuma Charles Soludo. 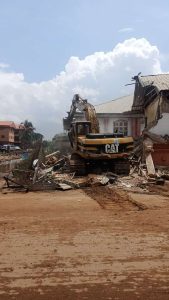 However, not only his church was dismantled, other buildings sitting on drainage system were also demolished. 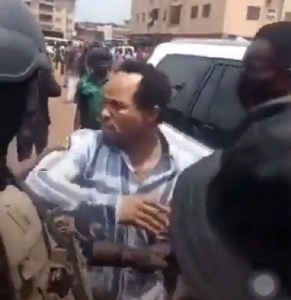 In the viral video which has surfaced the social media, the musician was rough-handled and bundled out of the premises by police and the task force.

Watch the videos below…

Watch another video below…