The CAF women’s footballer of the year who plays for FC Barcelona femení is Widely regarded as one of the greatest African female footballers of all time.

Asisat Oshoala had made history and broken a record as she became the first ever player (male & female) to win five African Footballer of the Year Awards. 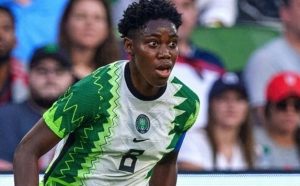 TrendyHipHop had reported that Oshoala bagged CAF women’s player of the year for the fifth consecutive time. 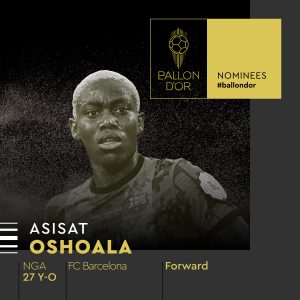 However, France Football Ballon d’Or has nominated Asisat as the possible winner of the 2022 women’s Ballon d’Or.

They announced this while sharing the picture of the gem.